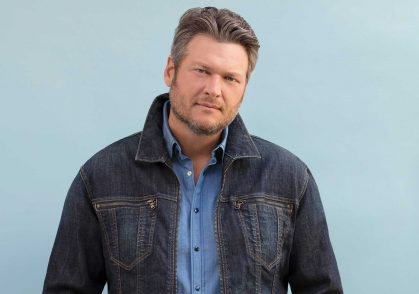 And in those 30 years David Carver Music has worked with some of the most respected and colorful agents, managers and touring entourage, along with local entertainment and industry professionals, making for a career and journey full of adventure and experiences. All memorable… with more memories just around the corner.

About THE DAVID AND
KRISZTIAN FUND

The David and Krisztian Fund was established in March 2015 and raises money to help support financially disadvantaged families with assessing and diagnosing children suspected of having Autism, especially to those exhibiting the most severe symptoms.

After consulting with 3-year old Krisztian, as well as parents Denes and Katrina Bajzak, David Carver agreed that his various entertainment companies (David Carver Music, Films and Management) would devote effort and creativity to financially support the fund through its various entertainment properties. Katrina Bajzak was nominated as Chairperson and will manage the Fund.

David Carver, President of David Carver Music, shares details of the backstory of the creation of the Fund: On February 12th 2012, I was honoured to become Godparent of Krisztian Bajzak, the twin brother of Adrian. During the baptism it became clear that the title was an honorary one at best, as there wouldn’t be much I could add to the journey of raising Krisztian like parents Denes and Katrina.

Late in 2013, Denes and Katrina shared the news that 22 month old Adrian had been diagnosed with Autism. Katrina explained how, in Newfoundland and Labrador, the process of obtaining an Autism screening test at that time could take up to 18 months, this as a result of the long waiting periods to see the appropriate professionals in the provincial health care system.

When Denes and Katrina were first advised of the possibility that Adrian might have Autism, waiting 18 months for Adrian to be assessed and eventually diagnosed was unacceptable to them, since they believed that early detection of symptoms and early diagnosis is critical in treating the condition. Consequently, the Bajzaks flew to Halifax and paid a private clinic to have Adrian assessed. This was an expensive endeavour, since it included private assessment fees, accommodations and air fare.

After Adrian was diagnosed with Autism, the Bajzaks began to think about other families that may not have the same ability to fast track an Autism assessment or diagnosis by seeking out-of-province health care professionals, especially financially disadvantaged families having the most extreme and time sensitive cases.

As David Carver Entertainment properties are announced, details will be released of synergistic fund raising strategies and events.

From the desire to contribute something meaningful as a Godfather to Krisztian and to stand by his side and the side of his brother Adrian, David Carver and Krisztian Bajzak have created the DAVID AND KRISZTIAN FUND.